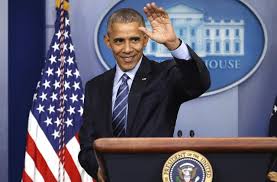 Washington: Former US President Barack Obama has unveiled the facts about anti-Muslim extremism and anti-Pakistan sentiment in India.

In his autobiography, A Promised Land, Barack Obama, referring to a meeting with former Indian Prime Minister Manmohan Singh during his visit to India, wrote that the growing anti-Muslim sentiment in India during the Congress rule had fueled the Hindu nationalist party Bharatiya. Strengthened the Janata Party (BJP), then the BJP was the main opposition party.

In his book, Obama writes that Manmohan Singh said that it is not difficult for Indian politicians to misuse religious and ethnic unity in an uncertain situation in India.

Barack Obama said fanaticism and extremism have permeated Indian society at both the public and private levels. Animosity towards Pakistan is the best way to promote national unity in India.

On pages 600 and 601 of the book, Obama writes that Indian society as a whole is centered around race and nationalism. Despite economic growth, India is a fragmented and destitute country. India is basically divided into religion and nation. India is in the grip of corrupt political officials, narrow-minded government officials and political magicians.

Obama further wrote in the book that extremism, fanaticism, hunger, corruption, nationalism, ethnicity and religious intolerance have spread to such an extent that no democratic system can bind them permanently. Even if all these problems were temporarily overcome, people would again fall prey to extremism and rebellion if economic growth was hampered or demographic change or the rise of a powerful political leader.