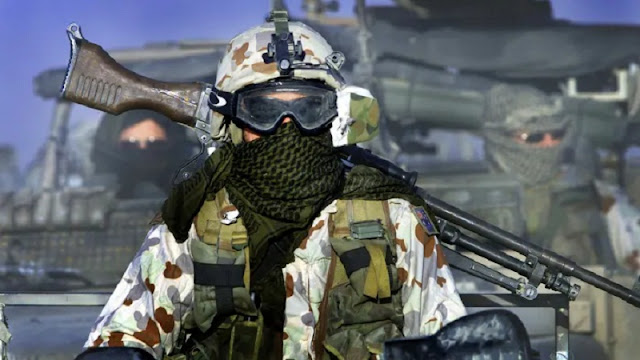 The Australian military has admitted that its troops were involved in war crimes in Afghanistan.

The Australian government has admitted in its annual investigation that Australian troops stationed in Afghanistan have killed 39 people, including farmers and civilians.

The investigation was led by New South Wales Supreme Court Judge Paul Breiten, in which 423 witnesses were interviewed over a four-year period, while more than 20,000 documents and about 25,000 photographs were analyzed.

He said the Australian personnel of the "Special Air Service Regiment" stationed in Afghanistan were the most involved in war crimes.
What has been found in the inquiry? According to the investigation and evidence, 25 Special Forces soldiers in the Australian Army were involved in the killing of prisoners, farmers and other unarmed civilians.
There is also strong evidence of 23 illegal killings of civilians in which at least 39 Afghan civilians were killed. The killings began in 2009, but more people were killed between 2012 and 2013
In all of these killings, there was not a single incident that took place during the fighting or there were situations where the intentions of these soldiers were unclear, hesitant or it happened by mistake.
The investigative report recommended that 19 people be further investigated for involvement in criminal offenses such as murder.
It should be noted that after the US invasion of Afghanistan in 2001, when the US invaded Afghanistan in 2002, Australia had also deployed its troops in Afghanistan as an ally. Out of a total of 39,000 Australian troops in Afghanistan, 41 were killed.